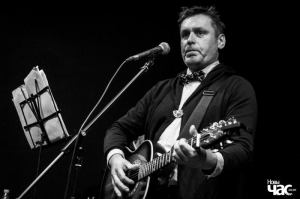 The Anglo-Belarusian Society cordially invites its members and friends to join a celebration of its 65th Anniversary, organised with the participation of the Association of Belarusians in Great Britain.

On Saturday, 16 March 2019 an Annual General Meeting of the Anglo-Belarusian Society will be held at 2pm at 52 Penn Road, London N7 9RR and will be followed by the special guest appearance of a well-known musician and singer Zmicier Vaiciushkevich.

The concert will start at 3:30 pm and will be followed by refreshments.
The suggested minimum donation for ABS members – £5, for non-members – £10 (cash only).