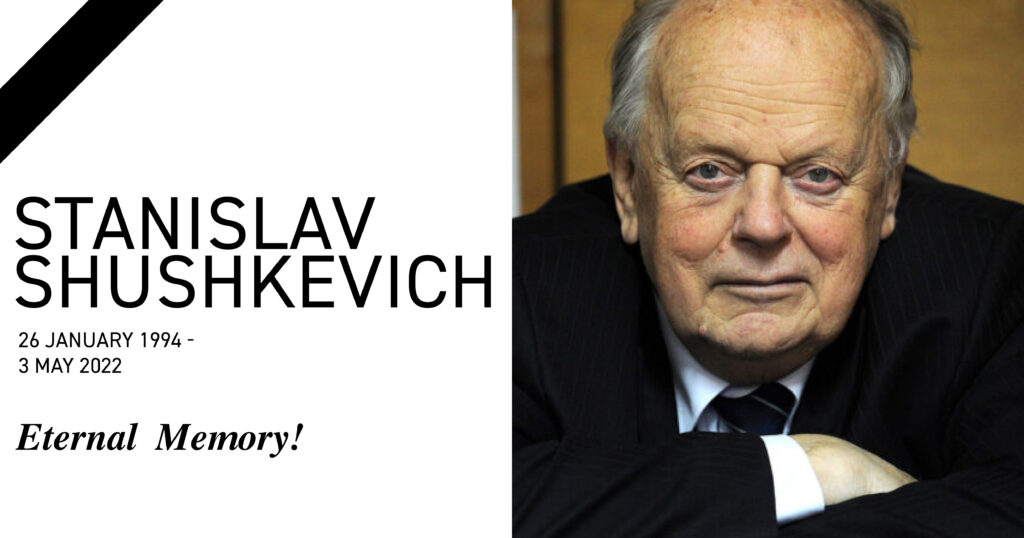 Condolences and deepest sympathy on the sad loss of Professor Stanislav Shushkevich to all his family from the Association of Belarusians in Great Britain and the Anglo Belarusian Society.

We remember with gratitude his scientific work and how he came to international prominence through his campaign to provide public information on the widespread hazards from Chernobyl, his role in the end of the Soviet Union, the creation of an Independent Belarus, free of nuclear weapons.

His place in history is assured as the first post-USSR Head of State of an independent Belarus, and subsequently for his many years of efforts to return Belarus to being a democratic country and a respected member of international institutions.